What Is Cocaine? Can Cocaine Kill You? 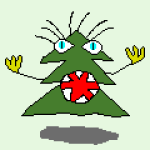 Cocaine is a harmful drug that can have negative effects on your health. Cocaine is not harmless, despite what some people might think. If used improperly, cocaine can cause death. We will talk about the risks of cocaine and how it can kill you in this blog post. We will also give instructions on how to get assistance if you are addicted to cocaine.

The coca plant’s leaves are used to make cocaine, a stimulant drug. Cocaine is frequently injected, snorted, or smoked. The high from cocaine use is fleeting and is immediately followed by a severe crash. Depending on how the drug is used, the cocaine high can last anywhere between a few minutes and several hours.

Cocaine is a white, powdery substance that elevates dopamine levels in the brain. This produces feelings of pleasure and euphoria. Anxiety, paranoia, and aggression can also result from it.

What Makes Cocaine So Dangerous?

Between mildly uncomfortable and potentially fatal, cocaine and the ingredients used in its production can range. The long list of physical side effects of cocaine may include dilated pupils, insomnia, a sharp increase in blood pressure, appetite loss, irregular heartbeat, and many other symptoms. Cocaine’s purity on the street decreases over time as more illegal substances are produced and abused. To increase their profits, street dealers frequently cut cocaine with other drugs, but those other drugs are one of the main causes of the high rate of cocaine overdoses.

Can Cocaine Kill You

Government statistics show that overdosing on cocaine caused 14,600 deaths in the United States in 2017. When you use too much cocaine and experience physical harm, you have overdosed.

Because of the size of the dose and the over-intoxicating effects of cocaine, it is possible for cocaine to cause death. However, heart attacks, strokes, seizures, or respiratory failure brought on by cocaine overdose are the most common causes of overdose deaths.

Occasionally pure batches of cocaine entering the market can also cause overdoses of the drug. When switching from heavily cut cocaine to pure, high-quality cocaine after becoming accustomed to heavily cut cocaine with baking soda or other fillers, the difference may cause an overdose and even death.

How Does Cocaine Kill You?

Overdosing on cocaine can result in adverse outcomes like a heart attack, stroke, or even death.

On a magnetic resonance angiography (MRA) scan, which is a test akin to an MRI, cocaine use, even in doses much lower than most people use, can darken brain regions associated with blood flow. This represents the parts of the brain that are losing oxygen. This is so that cocaine and other stimulants don’t just raise blood pressure but also narrow the blood vessels.

It is comparable to turning on a regular garden hose that has been connected to a fire hydrant at full force. The likelihood of the hose rupturing or getting clogged is very high.

How to Prevent An Overdose

It’s critical to be aware of the risks of an overdose if you or someone you know uses cocaine. You can take a number of actions to lessen the likelihood of an overdose.

The best thing you can do is seek addiction treatment for cocaine. A treatment program can assist you if you are addicted to cocaine. These programs can give you the resources and support you need to overcome your addiction.

Using cocaine that has been laced with other drugs is also not recommended. Make sure you are taking pure cocaine only and that you are aware of what you are taking. Overdose danger will be lessened as a result.

Vital signs (temperature, pulse, breathing, blood pressure, etc.) are typically measured on victims in medically supervised facilities.) The symptoms are then handled appropriately once the victim’s condition has been established.

When treating an overdose, particularly one caused by cocaine, medications are a doctor’s go-to option. While there are no “cures” for cocaine overdose, drugs such as benzodiazepines are commonly used to help bring a fast heart rate down to a stable rate. The most popular benzos for treating cocaine overdose include lorazepam and diazepam. These benzos help reduce the anxiety and low blood pressure that come along with cocaine overdose.

It is crucial to remember that while these procedures and drugs can treat cocaine overdose, long-term cocaine abuse and addiction almost always necessitate additional rehab and addiction treatment. Addiction cannot be treated by simply recovering from an overdose; if treatment is not provided after recovery, the victim may continue to abuse. They might not be able to recover from an overdose this time.

Summary: It Can Be Deadly

As users search for alternative medications when their preferred ones become more difficult to obtain, the crackdown on the diversion of prescription opioids may also be having an effect. Cocaine is not a safe substitute. It might be even deadlier.

It is better to stop using cocaine as soon as you can. Better still, never begin.